× If you are studying for your BAK or PPL exams and need some help, please post your question here. Someone on the forum is bound to help you as soon as they can.

Some manufacturers use a cg envelope like the Cessna 310 posted. Can you explain what this presentation achieves please 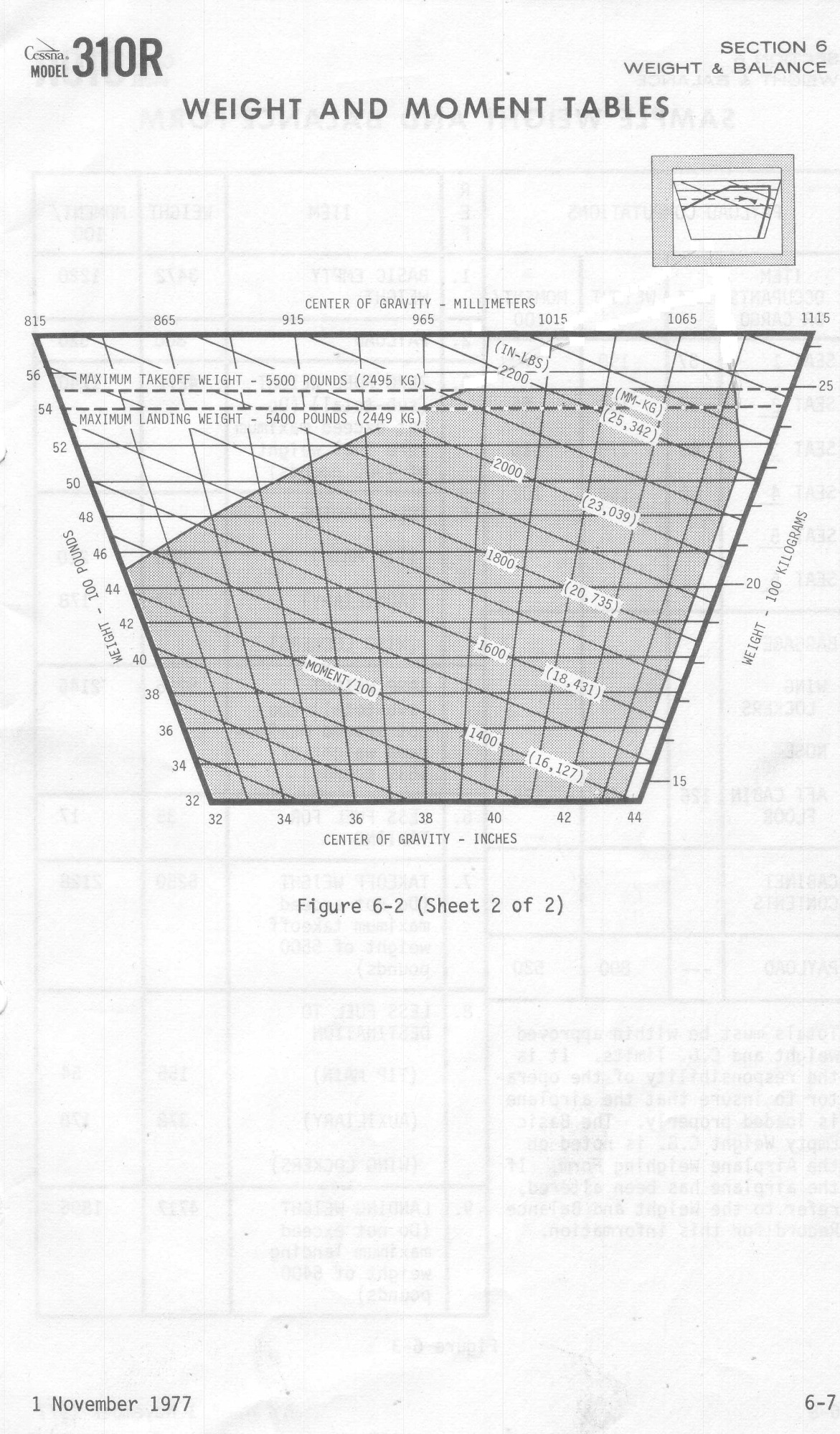 I guess we should satisfy folks that the POH presentation you have cited is just a rework of the typical CG envelope (as weight x moment or IU) that everyone is used to.

First, let's draw a CG chart using the OEM data in the usual format. Choose some convenient scales to suit .. doesn't matter what you choose. 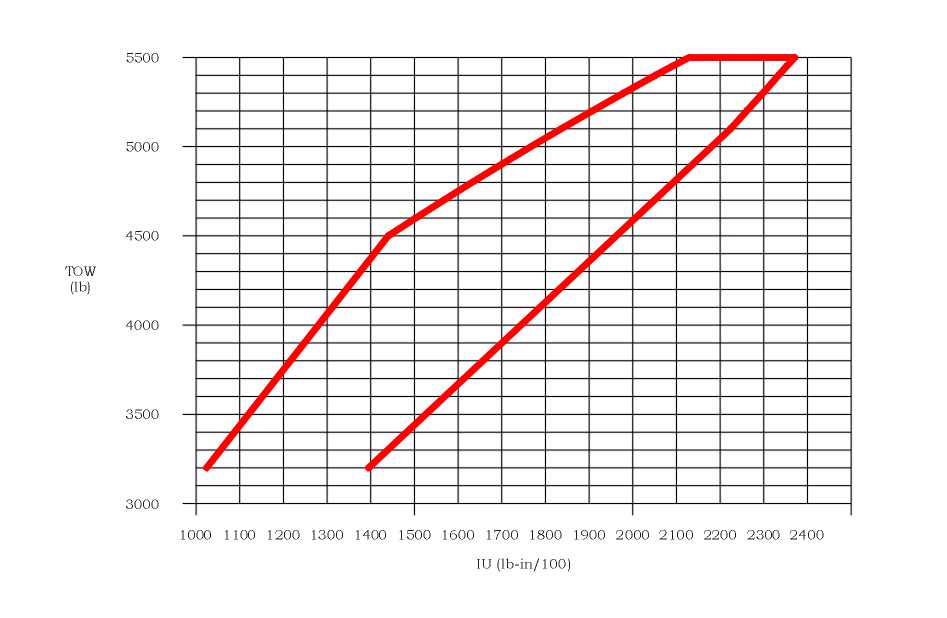 This should look much the same as your typical small single engine trainer envelope from most GAMA style POHs. 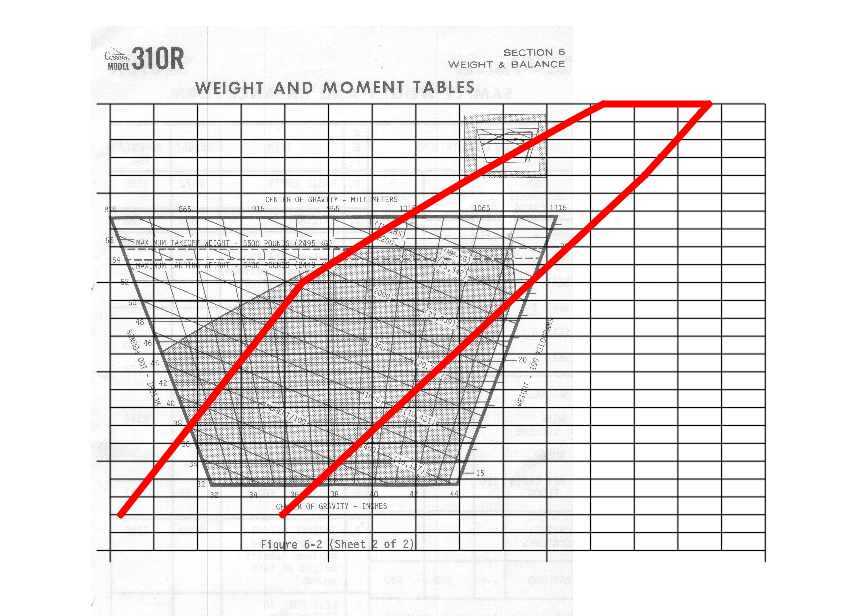 As can be seen the scales in the two graphics don't line up so we need to tidy that up a bit.

With reference to the following graphic, what I have done is

(b) stretch the standard graph horizontally to match the POH chart. In particular, in this case, I have made the bottom vertices (forward and aft CG) the same scale length

The original POH chart almost certainly would have been drawn on the board by a draughtsman using a draughting machine (not many folks still use those these days, I suppose). These days, one could do it either the way I have shown above (in a vector graphics or CAD package) or just go straight to the end result and plot it directly (either in a package or on the board, according to one's preference). The skew angles are pretty standard to get a nice final presentation so there is not much in the way of imagination required.

Now, what does this presentation achieve ?

The standard envelope, using the typical OEM datum position, generally results in an elongated graph which is characterised by a small physical distance between forward and aft CG limits which reduces both reading and plotting accuracy. For this aircraft, the datum is the main jack pad position which doesn't accentuate the problem as much as one sees with datum positions, say, up near the nose.

While maintaining the OEM standard datum position, what the POH chart has done is stretch the forward and aft CG distance on the graph. As a result, the chart is easier to use and provides improved accuracy both for reading and plotting points when compared to using the typical standard CG presentation.
Engineering specialist in aircraft performance and weight control.
4 years 6 months ago #2